Loki Casino opened its doors in 2016 and has been gaining popularity among players ever since. This online casino is licensed in Curacao. Owner: DIREX N.V.
All major software companies and games from many smaller manufacturers can be found in the casino. In addition to games from Netent, Betsoft, Yggdrasil, Booongo, Booming and many other major manufacturers, there are also games from Felix, August, and other lesser known providers. The casino runs under softgaming software.

The casino is available in 24 languages, so you can see that the casino takes the perfect service for the comfort of its players seriously.
Chat is also available 24 hours a weekend.
Available currencies: CAD EUR USD AUD NZD NOK PLN KZT CZK JPY ZAR BTC

Payments are fast, usually within 1 hour. 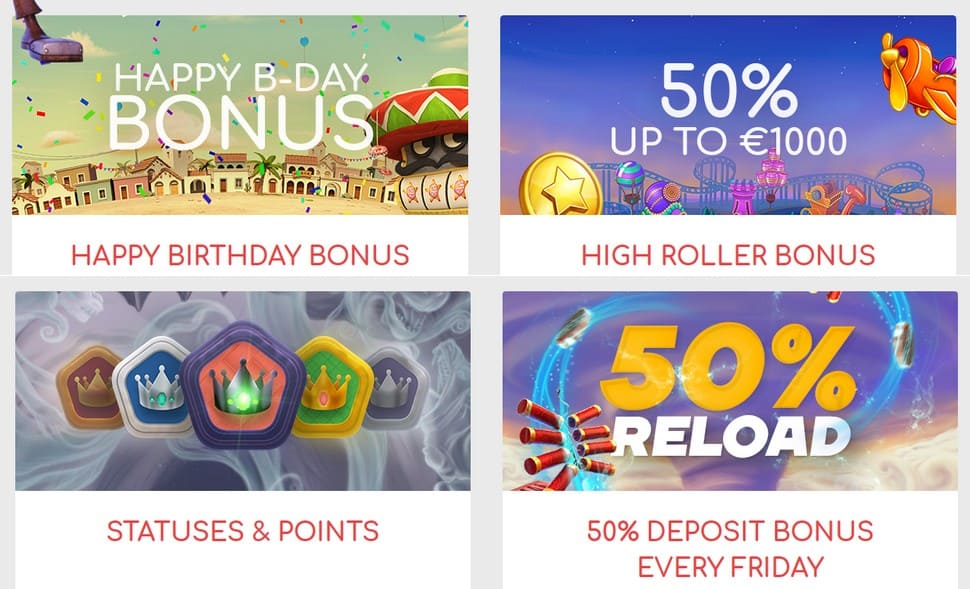 The welcome bonus is 100% (up to a maximum of € 100) and comes with free spins, as well as several other bonuses, including a reload, also known as a reload bonus. Structure of bonuses: 100 - 75 - 50% The maximum amount for all three bonuses is EUR 100. Bonus codes: LOKI100, LOKI75, LOKI50, however, it is recommended to check this before depositing. Loki Casino promotions also include a "Happy Birthday Bonus" - this can be money, free spins, or even combinations of these.

The High Roller bonus is an alternative to the first deposit bonus, because here the bonus amount can be EUR 1000 and this bonus is 50%. As well as using this, we can also place higher bets when working on a bonus roll.

Loki Casino also uses its own point-based promotion in which we can collect points (these are called Comp points) that can be exchanged for cash. The reload bonus mentioned earlier is 50%, which is very favorable and can be used on Fridays up to a maximum of EUR 300. Bonus redemption requirement 40x (bonus amount) In addition to bonuses, you can also get lottery tickets.

Surveys at Loki Casino show that many are playing with Endorphina’s Almighty Sparta slot machine. This is a game released in May 2019 that thousands of players immediately started playing. Getting to know the slot machine only takes a few seconds, thanks to the game’s simple, streamlined graphics, which also have amazing elements at the same time. It is a game designed with 5 reels and 3 lines with 10 paylines. There are 13 different symbols to win in the game, which are described in more detail below. The symbols are: Xerxes, Leonidas, Spartan King, shield, sword, tip of the head, the usual, and already a bit boring card numbers. You can already win a prize by placing two symbols correctly. This can happen with Xerxes, the shield, and the low-value 9 symbol. The most valuable symbol is Xerx, two of which are enough to win the prize. This is a picture of a bearded man with a purple background. Leonidas, the king of the Spartans, represents the wild symbol, which may appear on the second, third, and fourth reels. Like many other games in the game, we have the option to double the winnings, which can unfortunately end in the opposite result. The golden shield represents the scatter symbol, but it also appears in the form of an inscription for better visibility. The number of free spins may increase in the meantime, and prizes may be multiplied. We have a chance of multiplying three, four, or even five times. The game is accompanied by ancient music to match the mood, which you can also turn off fortunately. It is an automatic game, and other commonly expected features are embedded in the game. A downside we could mention is that sometimes we have to wait a long time for free spins that don’t necessarily end in a high prize pool. The highest chance of winning is 20,000x, with RTP 96% used on similar slot machines.

The Battle of Thermopyla i.e. It took place in 480 between the Greeks and the Persians in the Strait of Thermopyla, which got its name from the fact that there are hot springs in the area. Earlier, the Corinth Strait was designated the site of the battle, but this was eventually modified by the military council. There is not much information about the battle, knowledge can be drawn from the writings of Herodotus, but these are not detailed either. There are also only estimates of the size of the armies, but we need to imagine a few thousand armies.